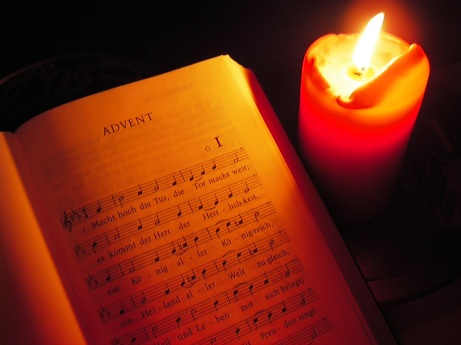 Advent is a season of preparation for the coming of Christ.  The Church celebrates Advent during the four weeks prior to Christmas, our remembrance of the Incarnation in which divinity took on the form of humanity in the birth of Jesus of Nazareth.  But Advent is not just a commemoration of that first coming of Christ. Advent is about waiting and longing and hoping for the fulfillment of God’s promise of justice – the promise which God began to fulfill in the birth of Jesus and which Christians believe will ultimately be fulfilled when, as the Apostle Paul puts it in 1 Corinthians 15, God is “all in all”.

This Advent season I am thinking about the theme of hope through the lens of four Hollywood movies.  First up, a modern classic:  The Shawshank Redemption (Darabont, 1994).

Atheists tend to treat religious hope as mere wishful thinking, and Christian tradition (following Aquinas) has tended to conflate hope and expectation.  Here I draw from philosopher Andrew Chignell’s forthcoming book What May I Hope? (Routledge, 2014).

Hope seems different than both wishful thinking on the one hand and expectation on the other.  One of the differences between hoping and wishing is that you can “wish” for anything, but you can only “hope” for something that you believe to be possible.  The more likely the thing is to happen, the more reasonable your hope is.  And we say you have “false hope” if your belief is based on a mistaken understanding of the thing’s likelihood. “Losing hope”, then, is coming to believe that what you desire is actually impossible – when your hope turns into a wish.  “Expectation”, on the other hand, is when you have confidence that the thing you hope for will happen.

In Hebrews 11 faith is defined as “the assurance of things hoped for, the conviction of things not seen”.  So Biblical faith is expectation, the belief that there is good reason to believe that what we hope and wish for will come true.

In the film Andy Dufresne (played by Tim Robbins) is sentenced to life in prison for a crime he didn’t commit.  He is innocent and so doesn’t fit in with the other (actually guilty) convicts.  Using Christian language, we might say Andy is “not of the world” in which he find himself, and it shows in the way he relates to the world of the prison.  As Andy’s friend Red (played by Morgan Freeman) notices, Andy never really sees himself as a prisoner.

The idea of an “invisible coat” here reminds me of the Biblical concept of “The Armor of God” from Ephesians 6.  Andy is protected from prison, because his identity is shielded by hope.  Andy’s ability to imagine himself someday returning to the world outside the prison– his hope – allows him to continue to draw his identity from that world and not to see himself as merely a prisoner.

Thus Andy is different than the other prisoners.  For example, when a new inmate dies, Andy is the only one to ask his name. The others say it doesn’t matter – he’s just another dead convict, not a unique human being.  More significantly, when Andy overhears a guard complaining about his taxes, Andy (a former banker) offers him financial advice in exchange for beer.

Red interprets this as a way “to feel normal again” for a moment, but it seems to me that Andy simply doesn’t recognize the authority of the prison to define his identity.  In his mind, he’s not a criminal doing forced labor.  Instead he refers to his fellow inmates as his “coworkers”.  This moment foreshadows the scene later when Andy plays a Mozart aria over the prison P.A.

These two scenes – the beer scene and the opera scene – show the importance of Christian hope.  The beer scene shows the way hope allows Andy to hold onto his sense of humanity, which in turn allows him to act altruistically – he risks himself to win a moment’s freedom for his friends, even though he himself has given up drinking.

This is the way Christian hope grounds our ability to have compassion.  If there is no hope that things can ever change – if we lose the ability to imagine that we can never be anything other than cruel to each other – then we will lose the ability to treat each other with humanity.  It is our ability to imagine ourselves otherwise than we are, our belief that change is possible, and hence our hope that allows us to bring about that change.  And our belief is grounded in the life, death, and resurrection of Christ.  Jesus’s life – the Incarnation – shows the true dignity that God has given to human beings, and Jesus’s death shows us what it is possible for a human to do – to give our lives for others – and Jesus’ resurrection shows us that God will not allow this self-sacrifice to be in vain.

Likewise, the opera scene echoes these same themes.  Andy’s hope allows him to retain his sense of humanity which allows him to risk his own punishment to share a moment of freedom with his friends.  The music, says Red, made the “walls dissolve away”.  But this scene also adds something new to our understanding of hope.

After Andy does hard time in solitary for playing the illicit music, he explains why he did it.  Music – art, imagination – makes as much sense – maybe more sense – in the prison as anywhere else.  “You need it so you don’t forget,” Andy says, “that there are places in the world that are not made out of stone.”  This is the role of worship in the Christian life.  It is in the weekly liturgy that we are reminded of another reality and enabled to imagine the world otherwise than it is.  When we encounter the risen Christ in the bread and wine of Communion, our walls dissolve away.

Andy believes “There is something inside that they can’t get to”, but Red rejects this sort of hope as “dangerous”.  Andy replies that without Hope we end up “institutionalized” like the the elderly inmate named Brooks (played by James Whitmore) who had committed suicide when he was paroled after 50 years in prison.  Brooks had forgotten how to imagine another world and let the prison become his home, his reality. He had lost hope that he would ever see his true home again, that there could ever be another reality.

This time of year it is easy for us to become “institutionalized” and worldly.  We are surrounded by a secularized, commercialized Holiday season that has nothing to do with the Christ whose birth once inspired the celebration.  For those of us who are trying to celebrate Advent, the impatience and insistence of the secular Holiday can become oppressive, like a prison.

But The Shawshank Redemption helps us know what to do about that.  We need not completely reject the worldly Holiday and somehow try to use Advent to keep the secular Christmas at bay until December 24.  Go to the mall and buy your bargains; go to your office Holiday parties.  Just as there is no way for Andy to simply walk away from the prison, there is no way to keep yourself separate from secular Christmas.  But what we can do is create a space in our church – the liturgical season of Advent – in which we find refuge for a short time once a week from the craziness of shopping and partying and we renew our imaginations, remembering the true purpose of it all as we wait patiently in hope of the redemption of the world.